Hiking, from coast to coast, from east to west: Mare a Mare sud, Corsica (Corse), France

Getting there: A low cost airlines flight to Marseille, the bus to town center, half an hour walking to the harbour, and with the night ferry (12 hours) to Ajaccio. 45 minutes after arrival of the ferry - so, next day - there is a bus going to the other site of the island, to Porto Vecchio and it’s here the way-marked route “ Mare a Mare Sud “ begins. From coast to coast, from sea to sea. You also can fly directly to the island (Ajaccio, Bastia, Calvi).
The route is of an unique beauty and well signposted (orange stripes).The route is rarely flat, most of the time rolling stones as underfoot.
Maps: La Carte Touristique Locale nr.74 , scale 1:100.000. There must be better maps...
2019: such as: Wandelgids Corsica - Korsika mare e monti - mare e mare | Rother(9783763343973).
Accommodation: Some Gîtes d’étappe are closed until April, but with a little improvisation you find a place to sleep and eat. The local supermarket or the postman can you inform also. The service for tourists in France is getting less....
In early spring we walked in very nice temperatures; while walking on the beach, lying under palm trees, you can see the snow in the mountains where the GR20 runs. 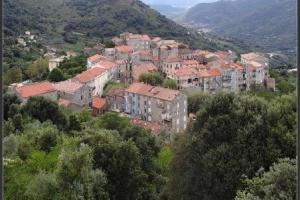 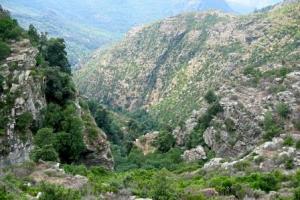 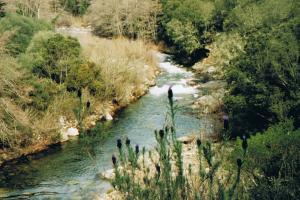 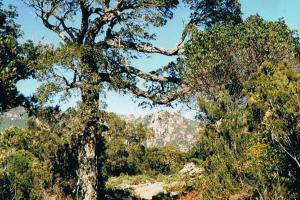 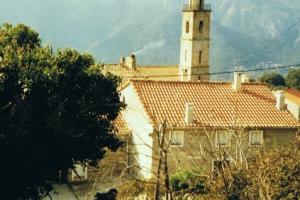 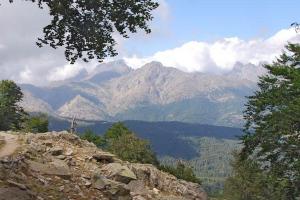 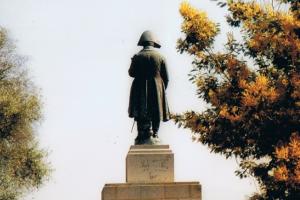 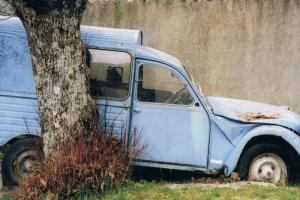 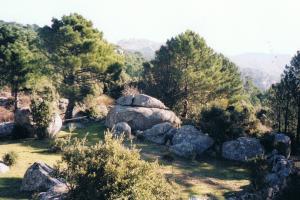 On trail:
On day 1, after a day of climbing and arrived in Cartalavone a beautiful and rewarding view of the Gulf of Porto Vecchio. Or, on day 2, on to the pass of Foce Alta from which a very magnificent view on the lake of l'Ospedale. To walk no further! Why do you always have to walk?

Day 3: in Jallicu resides Pierot, horse-breeder and swineherd, high in the mountains, owner of a Gîte d’étappe, a remarkable and fascinating man. It's very likely that on this day, you have come across the archeological excavations of Cucuruzzo (the Bronze Age).and Capula (medievel ruins).

And, of course: pigs, pigs and more pigs….rivers with melting water, hidden villages, the famous maquis, the views at the snow on tops of the mountains, flowers everywhere, there is so much to see…….

In fact Corsica is a large rock that rises above the sea. Rugged, mountainous, ever changing landscapes.
Corsica is also called Ile de Beauté. After walking there you know why.

We advise you to prepare well in advance (f.i. the accommodation).

Click here for a report about the Mare e Monti, Corse

Below a video filmed with a drone of the Ile de Beauté: