Thousands of walkers, endless information on the internet…..it must be the exceptional beauty of the Way.Total length: 145 km. We started our trail at Crianlarich, leaving behind Milngavie (Glasgow) and Loch Lomond. There is a train connection between Glasgow and Fort William, the end of the West Highland-way. So, in fact you can start everywhere, the train follows the route. A well way-marked trail.The trail avoids the high tops and is within the capabilities of most walkers.
Maps: The Official Route Map HMSO 1:50.000, to get in all bigger cities in Europe (we think), or at the internet, including a book. The Way links Milngavie to Fort William (152 kilometers).
Getting there: a flight to Glasgow and the train from Glasgow Central to Crianlarich.
Accommodation: B&B’s and the hotel in Kingshouse Hotel (book early.....)
Free camping is allowed, we heard.

Distance between the stage cities: about 20 km. 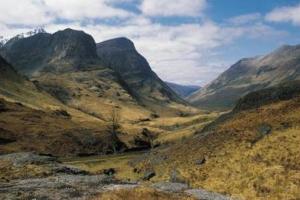 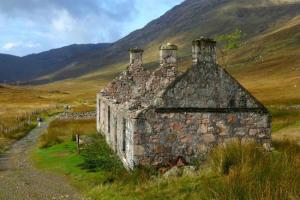 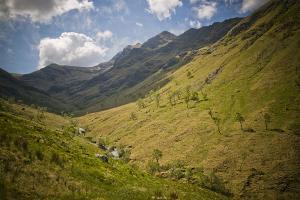 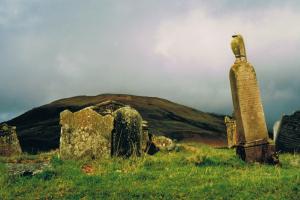 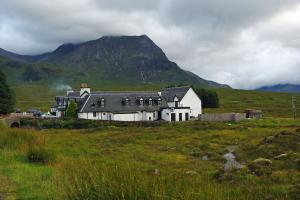 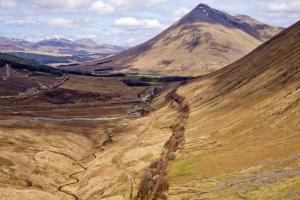 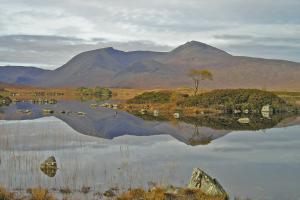 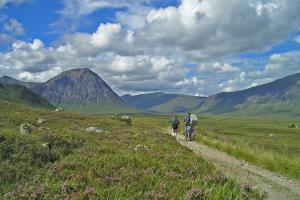 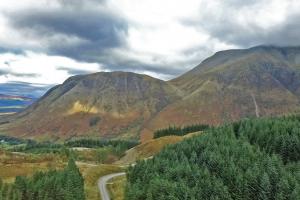 On trail: Normally the route is completed from south to north, the thinking behind this being the southern stages are easier and will prepare you for the more demanding northern stages.

Rannoch Moor: treacherous mud pools, heath dotted with boulders, the lack of shelter and exposure to the wind are elements that the visitor should take into account. The view of the landscape changes with the light, the season and the weather. (Wikipedia)

Perfect circumstances for fascinating stories, like those about Rob Roy. A kind of Robin Hood, but with more mafia practices. There should be a hiding place at Loch Lomond. The kingship of William III over Scotland ( from 1689) had a "big impact on the Roy family......"

Glencoe is often considered one of the most spectacular and beautiful places in Scotland.

Recommendation: a reservation at Kingshouse Hotel. There are no alternatives ( and they know that…).

For a cinematic impression and beautiful photos of Kat Davis: