Five trails through the Turkish part of Cyprus. The Turkish Republic of Cyprus North is a self declared state, only recognized by Turkey. A buffer zone divides the country. This zone even runs across the capital Nicosia. Turkish military basis  on trail, present since the 1974 invasion, prevented sometimes our passage. So, make a detour….you have to…..
Getting there: a flight to Cyprus North implies a stopover in - in our case - Antalya ( Turkey). Because of the many ambiguities ( “maps? trails? transport?) we chose a package tour (flight and hotel). And  investigate the possibilities on spot.
Maps: we used maps from  the 16-part series of  the Kyrenia Mountain Trails Association, scale 1:60.000. The green colored hiking trails on these maps are more or less reliable, the other indications not. To order via the website of the KMTA. Or we send you a copy, against reimbursement of expenses. Other hiking maps we have not been able to find. Did you?
Explanation 2019: perhaps Walk&Eat North Cyprus walking guide, Sunflower Books (9781856913713) ?
Accommodation: most of the time the booked hotel in Karaoğlanoğlu. Accommodation on trail is rather expensive, too expensive or only bookable for three nights……

Transport = from or to the booked hotel with a taxi or dolmus (bus). 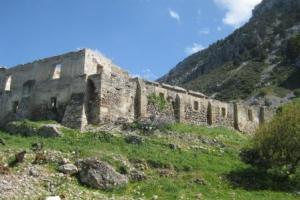 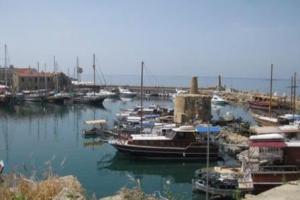 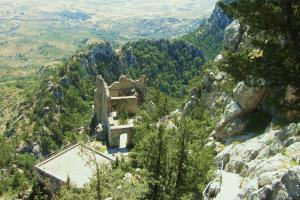 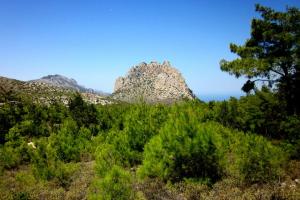 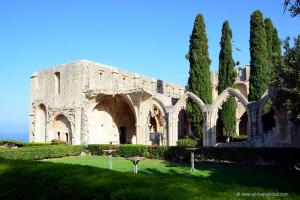 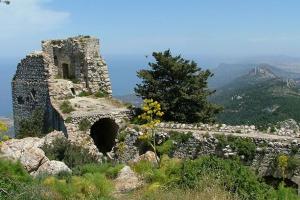 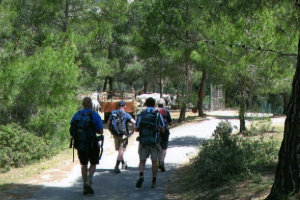 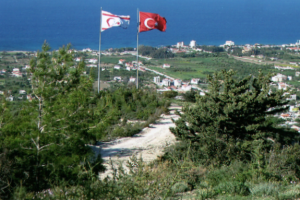 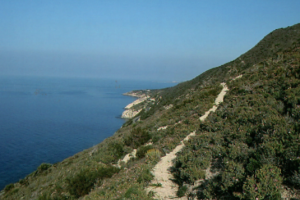 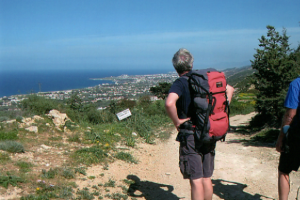 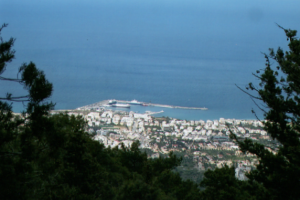 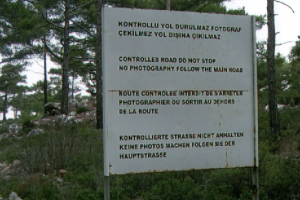 On trail: in spring, in still pleasant temperatures, walking at height, overlooking the Mediterranean Sea. The remains of the monastery of Sinai (functioning till 1975), the Maronit church Ayios Georgioss in the village of Korucam, an ancient Middle Eastern Christian denomination.

High in the mountains Buffavento castle (950 m.), a fortress of the crusaders. Was conquered by King Richard I ( Lionheart). Later he sold it to the Knights Templar. Business as usual.

In spring the explosion of the colors of the wild flowers. The military basis, preventing the planned hike, but also many very nice and hospitable people. Unspoiled by the Med's usual high-rise international hotels and sprawling tourist villas.

You can eat delicious on Cyprus. Very tasteful: zeytinli ( bread of olives), ceviz macuna (green walnuts in syrup).
A famous cypriot fable served as basis for the naming of the Mount of Five Fingers. Ask the locals for the story.

Because of the infrastructure for walkers we recommend to book a fixed basis, from where you can walk you want to.

For an impression of the mountain range we found a video about Buffavento castle: