Four sections of the Dingle walk way on the Dingle peninsula, Ireland

Getting there: the Dingle-way on the peninsula in the south-west of Ireland is, from the continent, easy to visit with a flight to Cork-airport, the shuttle-bus to the bus station in Cork city, the bus to Tralee and in Tralee a 50 kilometers bus trip to our starting-point: Dingle (city).
Accommodation: there are plenty possibilities to sleep and eat on the trail. Hotel, guesthouses, B&B’s. Almost every B&B will ask you to your next destination. And make the reservation for that night: with or without a warm meal.
The map: nr.70 Ordnance Survey of Ireland series, 1:50.000. Or: Guidebook The Dingle Way | Rucksack Readers (9781898481331).
The Dingle way is very well marked.

Distance between the stage cities: about 15 -25 km 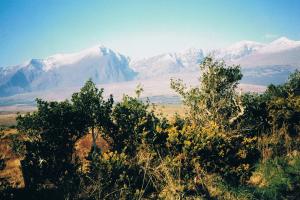 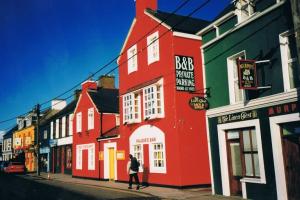 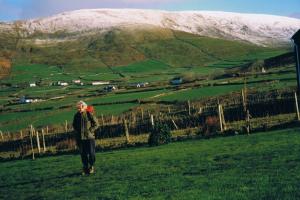 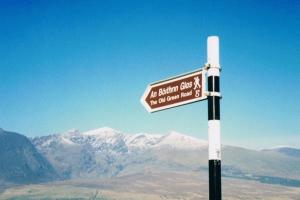 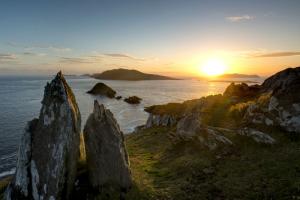 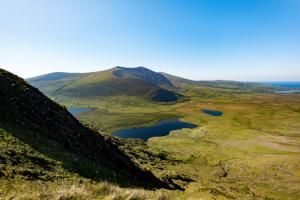 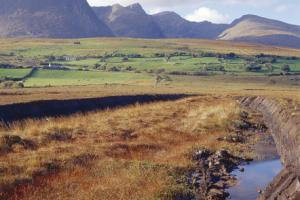 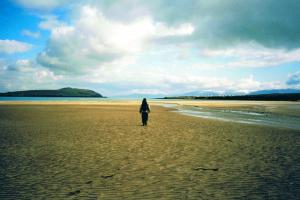 On trail: The  Dingle way includes gravel roads, fuchsia-fringed boreens (country roads with fuchsias), through meadows, rocky paths, through peatlands and a beautiful route on the beach.

All the time the Brandon - to cross between Feonagh and Cloghane on day 3 - in sight.
Over the top of this mountain: 952 m.
In no time fog banks can come on at this mountain …….to stop your progress of the hike. Or, as the Irish say: If weather conditions are poor and visibility is bad then serious consideration should be given to finding an alternative method of transport to get around the mountain.

Near Slea Head great sea-sights hiking along the rugged coast. Also at the Blasket Islands, Europe’s most westerly place. Slea Head is nothing more than a couple of houses/farms. Some of the filming of Ryan's Daughter took place around here.
At the end of day 2 to Feohanagh you will come close to the place where St Brendan about 400 after C. was sailing in search of paradise. If it was about the environment you wonder why?

We did the section Cloghane - Dingle, day 4, by the Old Green road, not the official Dingle-way.
On that day the Conor pass: 456 m (1496 ft). The highest mountain pass in Ireland. With breathtaking views.

Below a video about the Brandon Mountain: