Five days hiking in the central part of the Pennine Way. The Pennine Way is a very well marked route , total length 429 kilometers (270 mile), that chases The Pennine Hills along the backbone of England. From Edale in Derbyshire, through three National Parks, over the Hadrian Wall and on into the Scottish Borders. England's first National Trail designated in 1965.
Getting there: the low cost airline to Leeds Bradford, the bus/metro line to Shipley and the train to - our destination - Horton in Ribblesdale (about 65 minutes). A real (slow...) tourist railway line.
Accommodation: depending your purse you can sleep everywhere on the route: B&B’s, hotels, bunk houses, camping, hostels.
Map: we bought in Horton in Ribblesdale the Pennine Way Central, Horton in Ribblesdale-Greenhead,  Harvey, scale 1:40.000. A good map, waterproof, useful in rainy England! Although the route is very well marked, you need a map.

May 2007: a five-day walk between Horton in Ribblesdale and Dufton, through the National Park the Yorkshire Dales: the highlands, the fantastic dales, the moors, along full flowered meadows, rough rocks and hours and hours of “ nothing”……..
Height during the trail: till 716 meters.

* we opted for the so called Bowes-loop. The original Pennine Way route follows the western part from
Trough Heads to Alders over Cornerstone Moor. However: the youth hostel at Balder dale was closed.

** this part is about 34 kilometers. You can -  at day 4 - walk to High Force or Langdon Beck, further on.
Or, like we did, ask for a short hitch-hike from Middleton in Teesdale to Langdon Beck 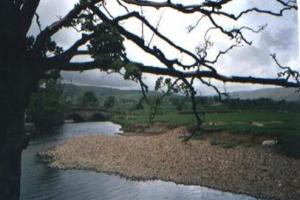 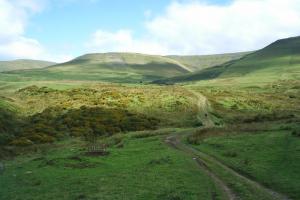 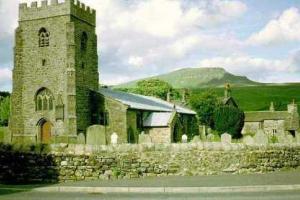 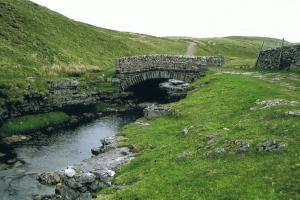 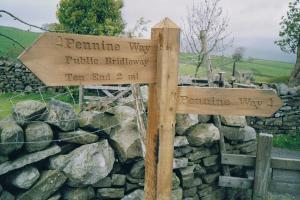 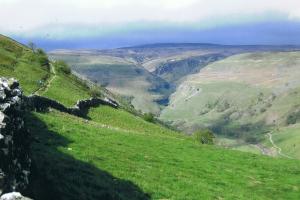 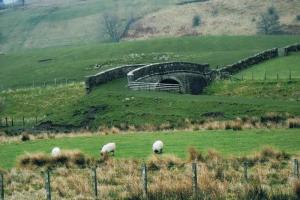 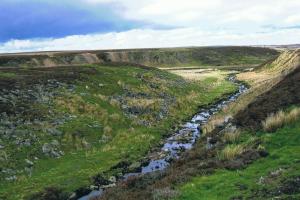 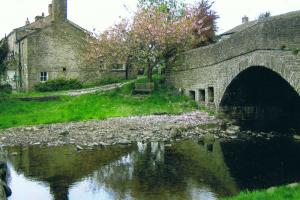 On trail a great variety in moods of the landscape: wild, spacious, rough, green farmer land, the stone walls, the meadows, endless moors, a lot of water, the creeks, centuries of history, the wildlife and the cultural heritage….

In the villages good possibilities to sleep and eat; on the route the highest pub of England (the Tan Hill Inn, the highest inn in the British Isles at 1,732 feet or 528 m), but mostly the great and fascinating “ nothing”……
Aah…..the Brontë sisters…..

LIFE, believe, is not a dream
So dark as sages say;
Oft a little morning rain
Foretells a pleasant day.
Sometimes there are clouds of gloom,
But these are transient all;
If the shower will make the roses bloom,
O why lament its fall ?

There are plenty of historical and cultural interest sites along the way to be enjoyed. Such as the Hadrian Wall, Jane Eyre, Wuthering Hights.........

On a multi-day expedition such as this you are almost certain to experience a variety of British weather. In high and wild places this can include dangerous extremes. Be prepared!